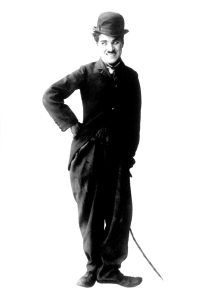 “Fulfilling the Mutual contract, I suppose was the happiest period of my career.”, from Charlie Chaplin’s, My Autobiography is a title card at the beginning of Image Entertainment’s 90th Anniversary Edition: The Chaplin Mutual Comedies. Indeed it might have been, in February 1916 Chaplin signed a contract to produce twelve two-reel comedies in twelve months at a salary of $10,000 a week, plus a $150,000 signing bonus. Chaplin became the highest paid individual in America, probably the world and he was all of twenty-six years old. Mutual rented him, his own studio and gave him practically total artistic freedom to control what and how he filmed his work. It was a monumental rise in the world for someone from the London slums.

Charles Spencer Chaplin got his start on stage at age fourteen in 1903 and became part of the Fred Karno Pantomime Troupe in 1907. It was six years later, in 1913, during the Troupe’s second tour of America that Chaplin got noticed by a representative of the Keystone Corporation and signed that December to make film comedies at a salary of $150 a week (double of what he was making with Karno.) It was the beginning.

In 1914, Chaplin made 35 films, mostly one-reelers, for Keystone. Although they were all in the knock-about slapstick style that Keystone is noted for, during that year he created, in just his second film, the basic costume for the “Little Tramp” and soon began writing and directing his own films. Quickly, he became the major star of the studio and his films wildly popular.  After a year, when his contract was up and Keystone would not pony up for a “star” salary, Chaplin went elsewhere.

In January 1915, Charlie Chaplin signs with Essanay for $1250 a week with a $10,000 signing bonus. During that year, Chaplin made fifteen two-reel films for Essanay further developing his style and character–moving from the totally all-violent slapstick of Keystone to a slower and (slightly) more nuanced form of comedy. In The Tramp in introduces pathos for the first time into his films. (Maybe, I should go back and re-view the Essanay films too. They’re somewhat hit and miss, but quite rewarding. I don’t currently own any of the Chaplin Keystone’s; so I can’t really cover those at this time. At any rate, this is all in the way of setting up the Mutuals.) During this time, Essanay made $100,000 or more per Chaplin film. They became more popular than the feature films they led into. Chaplin became, in fact, the most popular and widely identified actor in the world.

Not satisfied with conditions of working with Essanay, nor their contract offer, Chaplin, with the aid of his brother Sydney, went looking for the best offer he could find in terms of money (of course) and artistic freedom. Being the hottest thing going, Charlie was wined and dined by major players in the industry. Exactly what offers Chaplin received, I don’t know; but with Sid’s negotiating, he took the, then unprecedented, salary and free working conditions at Mutual. For his efforts, Chaplin gave Syd half of the $150,000 signing bonus.

It took eighteen rather than twelve months, but between May 1916 and October 1917 Chaplin produced twelve, two-reel comedies for the Mutual Film Corporation. With the time and artistic freedom granted, these twelve short films are considered to be the crucial laboratory where Charlie Chaplin most fully developed and shaped his comedy/creative talents.

The Floorwalker, the first of the Mutual’s was released on 15 May 1916.

I don’t intend to do a fully detailed analysis of each of the twelve; but only to write out some of my observations and feelings.  What I really want is for people to go and watch and observe for themselves the mastery that at work in these films.

I will begin on the individual films on my next Chaplin entry.

I am a denizen of a small blue-green rock, spinning around, hurtling through space. I live with my wife Karen and Noire, a golden-eyed female black cat. I am outnumbered. I watch movies, meditate, listen to music, read, and contemplate whatever. I have never had an original thought in my head, but I am still on the outlook for one. That I even exist, is a small wonder. Peace and love to all. (Even those I disagree with.) So it goes. Namaste.