“Planning to write is not writing. Outlining, researching, talking to people about what you’re doing, none of that is writing. Writing is writing. ”
― E.L. Doctorow

Time keeps on moving doesn’t it?  Donald Trump is President of the United States.  Donald Trump is what??!!!  Yes, a second-rate carnival barker, minus the charisma, is POTUS.  The Republican dominated U.S. Congress is trying to kill and defraud the 99%, with plans to decimate health care,  cut taxes for the rich, deny climate change, and generally be amoral douche bags.  I digress from my purpose, but three, once in 500 year hurricanes, massive earthquakes, threats of nuclear annihilation, Neo-Nazi marches, and football season are weighing me down.  I’ll step down from my soap box now.

I promise to keep political diatribes (for the most part) out of my writing.

One of my oldest friends, Claire Baker, left the planet this week.  Cancer.  She very publicly fought, and described it on Facebook.  A brave, vivacious, opinionated, funny, lovely, chatty, wonderful, stubborn, and delightful woman, was Claire.  I hadn’t seen, or talked to her in years–except through Facebook; but her loss is devastating.

Another friend is making it through the aftermath of Hurricanes Irma and Maria in Puerto Rico.  She has communicated that she, her cat Malena, and her Dad are all okay.  But the entire island is without electrical power, and is likely to remain so for days–maybe weeks.  But just like Yaisha, she posted a live musical meditation, with her strumming a guitar, on Facebook.  I imagine her phone is long since dead now.  She hasn’t communicated since around noon yesterday (21 September.)  So all I can do is affirm that she is okay, and hope for the best.

I still haven’t gotten to my subject: the Autumn Equinox.  But I’ve forgotten entirely what I was going to write.  It’s almost over now anyway.  Unless you’re a Druid, or a Pagan it probably doesn’t mean much to most folk.

What this post is really about, is the quote for E.L Doctorow I led with. Writing. Anything.  Just get it out.  I have been told that I over think things.  Not that I am smart, intelligent and roguishly handsome.  No.  Just that I over think, and self-criticize/doubt every creative endeavor.

And so, if I can keep this up (I started, and quickly dropped out before,) this blog will just be me writing: random, rambling ruminations–mostly about movies, film, cinema.

I am dedicating this to Claire.  We first met in a “Film As Literature” class at U.M.K.C. (that’s the University of Missouri at Kansas City–the “Fighting Kangaroos”!!!) Movies were our first connection.

There was a time when I was consumed by movies, film, cinema.  I wanted to watch movies, make movies, talk about movies, read about movies, write about movies.  I went to a movie theater at least once a week, first run, revival, art house, foreign.  I went to film conventions, sitting through film, after film, from early morning through late evening, with only bathroom and meal breaks.  I made it through a totally silent, non too pristine 16mm screening of von Stroheim’s Greed, in a tiny hole in the wall art theater.  (Silent films were never meant to be viewed silently, and this experience really brought that home to me.)  It was as if it was my life’s mission to eat, breathe, and sleep movies.

Now days with Netflix, FilmStruck, Amazon Prime streaming services, and who know how many DVD/Blu-ray discs I have surrounding me–I watch something once or twice a week, and hardly ever venture out to a real movie theatre.

So Claire, wherever you are, I am counting on you to bug me to watch more movies, and to write down my tiny little thoughts on them.  If for nothing else, self-therapy.

I am a half-assed Buddhist who doesn’t really believe in life after death.  But if a spirit can live on, I am counting on Claire to do it.

So it goes.  Namaste. 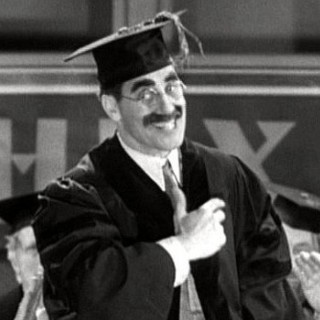 I am an denizen of a small planet, spinning around, traveling through space. I live with my wife Karen and BB, a golden eyed black cat. I watch movies, meditate, listen to music, read and contemplate on the whatever. I have never had an original thought in my head, but am still on the outlook for one. That I even exist, is a small wonder. So it goes. Namaste.